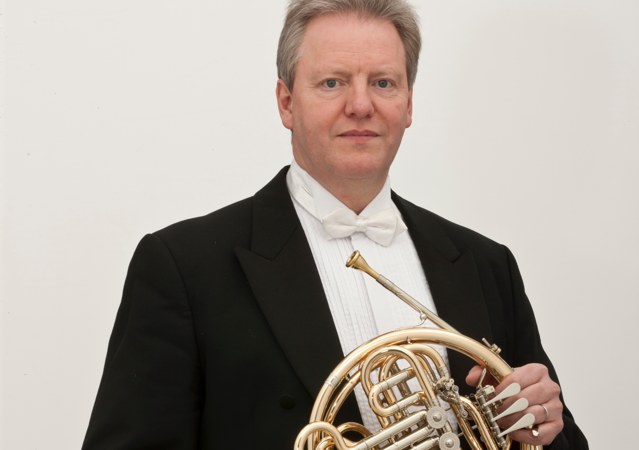 Principal horn of the Gürzenich Orchestra Cologne. Member of the Bayreuth Festival Orchestra

Markus Wittgens (1960) studied at the Robert Schumann Hochschule Düsseldorf and passed his final artistic examinations, graded “with distinction”, in 1984, in 1986 he gave his graduate recital.

Already before finishing his studies, in 1983, he became associate principal horn with the Philharmonic State Orchestra Bremen, in 1991 he started to play as principal horn.

Together with this orchestra he played several solo concerts, among others the German premiere of “Strathclyde Concerto” for horn and trumpet of Peter Maxwell Davies, together with Otto Sauter and conducted by the composer.

In 1989 the “Norddeutsches Schumann Trio“ in the instrumentation oboe, horn and piano was founded. Since this time he regularly plays chamber music with this trio. Since 1994 Wittgens is member of the Bayreuth Festival Orchestra. In 2000 he was engaged as principal horn with the Gürzenich Orchestra Cologne.

Markus Wittgens had numerous guest appearances and tours, among others at the Hamburg State Opera, State Opera Hannover, Museum Orchestra Frankfurt, at the NDR Hamburg (CD recordings of several Bruckner symphonies with Guenter Wand), with the RSO Berlin, with RSO Suedwestfunk under Michael Gielen, with the Bavarian RSO under Lorin Maazel and the Sächsische Staatskapelle Dresden.

In 2006 Markus Wittgens was soloist of the concert piece for four horns by Robert Schumann with the Gürzenich horn quartet and the Gürzenich Orchestra Cologne at the Kölner Philharmonie.